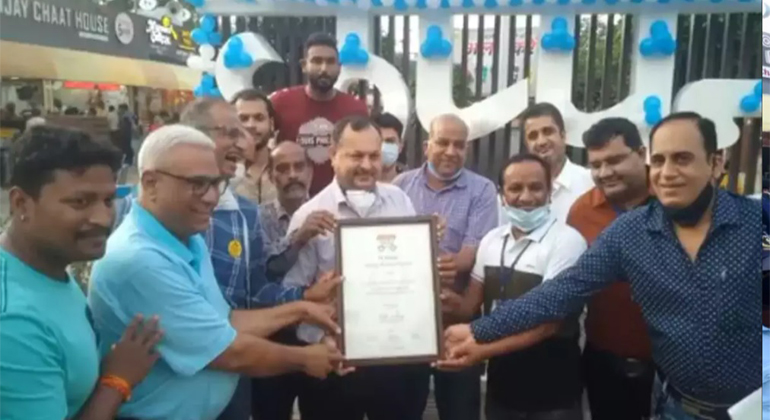 Shopkeepers and officials celebrated with sweets and balloons, and customers had a taste of the success too. The famous eat streets of Indore's 56 Dukan and Sarafa Chowpaty bagged the 'Clean Street Food Hub' certification from Food Safety and Standards Authority of India. For 56 Dukan, it was the second certification. Indore has now joined the league of big cities like Mumbai and Ahmedabad, which have received multiple FSSAI awards. The FSSAI certification - valid for two years - is given for adopting best practices like garbage disposal, personal hygiene, demarcation of cooking and non-cooking areas, streetlights, pest control and cleanliness. What won the two eat streets the awards is a series of good practices - use of quality raw material in food, giving away used cooking oil to biodiesel firms, separate refrigerators and utensils for veg and non-veg food. Workers are also given medical check-ups.